Share0
Tweet0
Share0
Share0
Tweet0
Share0
Your dog is arguably your most loyal companion and favorite family member. These sweet mutts do something to our hearts that forever change us. We love our four-legged friends so much that we enjoy hearing as many facts about dogs as possible. We’ve got all you’ve ever wanted to know and more about our furry friends. 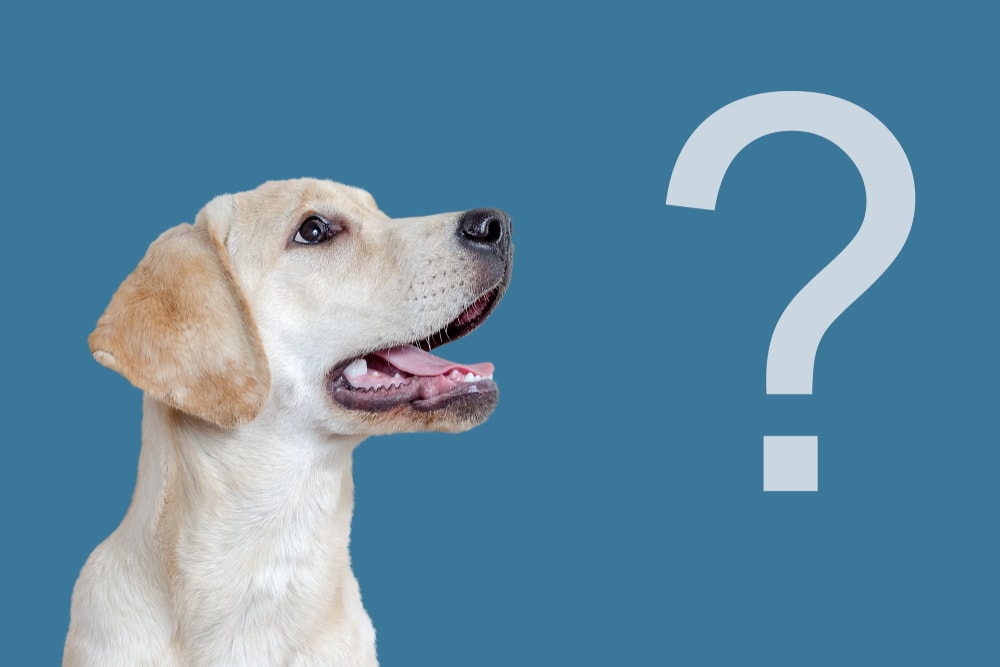 Some dogs can detect diseases.

Some dogs can actually detect diseases in people. As we stated before, they have amazing noses. This helps them pick up scents that humans don’t even notice. This complex olfactory system is 10,000 to 100,000 times better than a human one. Dogs have been able to identify cancer and pregnancy in some instances.

A dog has the mental capacity of a two-year-old.

Children and dogs seem to speak the same language. This is because your dog has the mental capacity of a toddler. They can both speak about 250 words and gestures. Don’t let their sweet faces fool you, they know what they’re doing when they beg for food.

Dachshunds were bred originally as fighters

Fat dogs are a huge issue.

The number one health problem in dogs is obesity. Dogs that don’t get enough activity and eat scraps off of human’s plates often have issues with being overweight. This can lead to many other health issues. It’s important that dogs stay on a healthy diet and get exercise just like humans.

Some dogs have black tongues.

The breed of Chow Chow and Shar-Pei have fully black tongues. No one knows why their tongues are black. Some mixed dog breeds have black dots on their tongue.

Dogs can’t look at the clock and read it, but they’re smart when it comes to the time. They know what time they eat each day. They know when it is time for a walk. They will stand at your bedside waiting for you to wake up at a certain time.

Star Wars Ewoks were based on dogs.

Ewoks look and act a little like dogs for a reason. The rumor is that George Lucas created the Ewoks modeled after his own family dog. Others say the visual effects director based the Ewoks after the breed called Griffon Bruxellois.

If you’ve ever thought your dog was jealous of your new baby, you could be right. They do actually get envious when you show attention to another creature. They don’t understand that you’re able to love both things at the same time. They may act out because they’re being a toddler throwing a tantrum.

It’s strange that a dog’s nose is always wet. This actually helps them absorb scent chemicals. This wet nose secretes a doggy special mucus that helps them with this “talent.” They can lick their noses sampling the chemicals. This will help them figure out the smell they are smelling at the time.

A dog accidentally ran a half marathon.

There was a bloodhound that went out for a break and accidentally ran a half marathon. The dog ended up winning 7th place. Ludivine, the winning dog, followed runners as they jolted by. He snuck out the fence to have a good time

Dalmatian puppies are born without spots.

Dalmatians are born without their iconic spots. They appear in about ten days. They may have small spots, but they actually fully develop by the time they are 18 months old.

Dogs respond to their owner’s scent.

Dogs can pick up their owners’ scent. They react to scent in the way that humans act to a loved one’s perfume. This is thanks to the dog’s part of the brain that deals with positive expectations.

Chocolate contains theobromine which can be harmful to dogs. They cannot metabolize this ingredient properly. So if they eat a lot, it can build in their system becoming toxic. 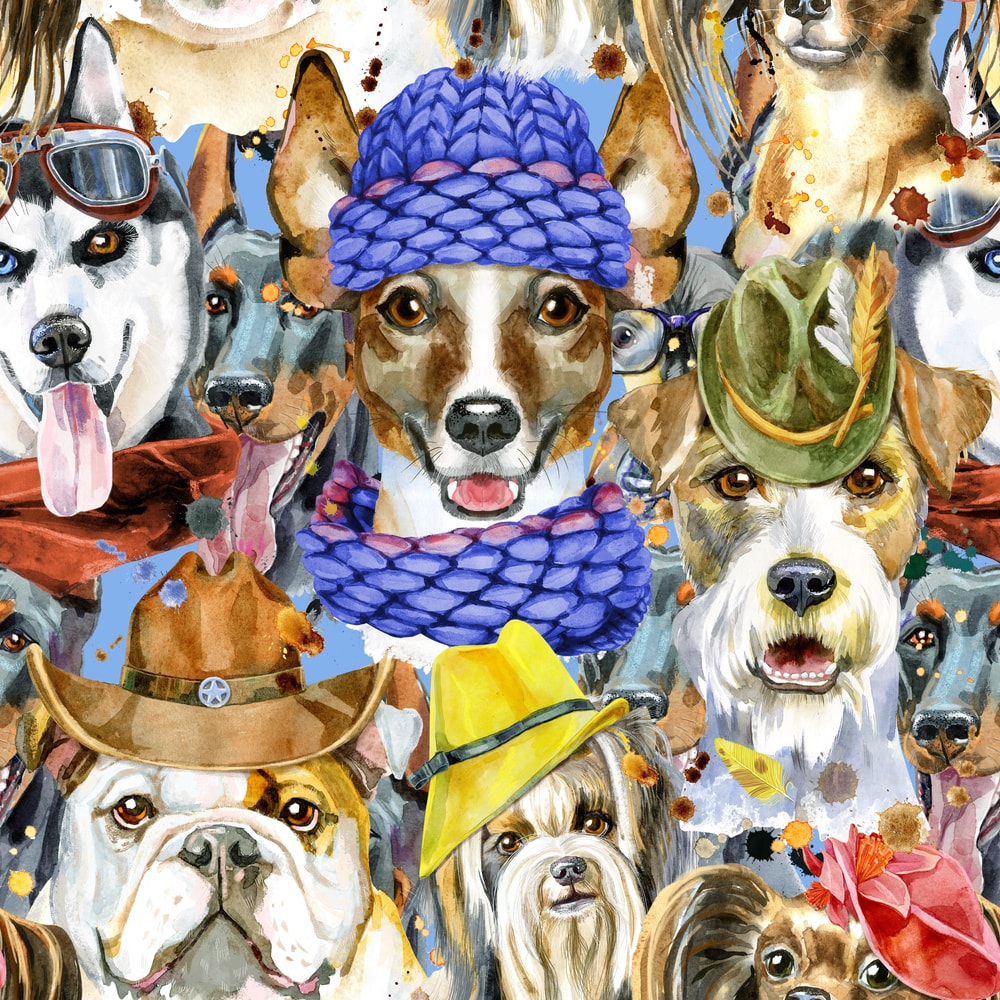 You can’t actually see all three of a dog’s eyelids. The haw, or the nictitating membrane is what makes up the third eyelid. It keeps the dog’s eyes lubricated and protected from debris.

Dogs don’t have many sweat glands.

Random dog facts have to include the fact that dogs don’t sweat much. They only have sweat glands in their little paws. They sweat through the pads on their paws. They cool themselves down by panting. They can easily overheat, too.

There are yodeling dogs.

The Basenji dog breed doesn’t bark. This dog is known as “Africa’s barkless dog” because it makes a sound that resembles yodeling instead of barking.

Greyhounds can run faster than cheetahs

A Greyhound isn’t technically faster than a cheetah in a short distance race, but they could beat them if going a long distance. A cheetah can only stay going so fast for up to 300 yards. The Greyhound is an outstanding long-distance runner keeping up at speed of about 35 mph for about seven miles.

There’s a song with a frequency only dogs can hear.

‘A Day in the Life’ on the Sergeant Pepper record by The Beatles song has a frequency in it that is only able to be heard by dogs. Paul McCartney admitted in an interview that he added this frequency to the song. He’s a huge animal rights activist, too.

About 30% of Dalmatians only hear about 30% in one ear. About 5% of Dalmatians are actually deaf in both ears. This is because of the extreme piebald gene that makes their coats white and their eyes blue.

The Saluki dog breed can be dated back to 329 BC in Ancient Egypt. The royals usually owned dogs. Many were mummified and buried with their owners, even in their own coffin. A dog breed that looks a lot like the Saluki was also found in carving in Southern Iraq dating back to 7000 BC.

Dogs are not color blind.

Many people think dogs are color blind, but that isn’t true. They just cannot see as vividly as humans in bright colors. Their vision is more like our vision at dusk.

Basset Hounds are not the best swimmers. Two-thirds of their body weight takes up their front of their body meaning they would be thrown off-center in water. If they fall in the water, they could quickly get in big trouble.

Dogs survived the sinking of the Titanic.

Thousands of people lost their lives during the 1912 sinking of the Titanic, but three dogs survived the tragedy. They included a Pekinese and two Pomeranians. They were all staying in First Class cabins. The Pomeranian was allegedly wrapped in a blanket so passengers thought it was a baby when the owner stepped into a lifeboat.

You can boost your health by petting a dog.

There are therapy dogs in hospitals for a reason. When you pet a dog, you can actually lower your blood pressure. Petting and playing with a dog can help your body lower stress levels and fight off loneliness. 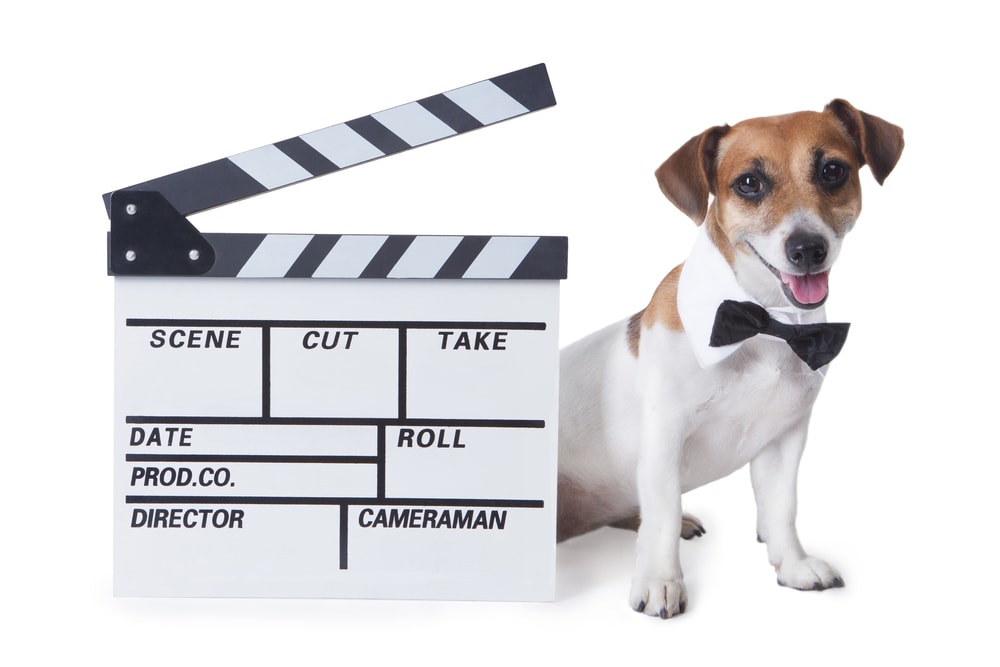 Corporal Lee Duncan rescued “Rinty” and taught him all kinds of tricks. He knew that this dog should be in dog shows. He didn’t have the best sportsmanship often growling and barking at other pups. After one show, a delivery driver threw a big bundle of newspapers out landing on the dog. He wore a cast for nine months. After his cast was taken off, Rin Tin Tin could suddenly jump crazy heights. He won a dog competition after jumping almost 12 feet. The video of this impressive feat helped land his role in the movies.

The St. Bernard Beethoven was played by a pup named Chris. He was trained for the movie by famous trainer Karl Lewis Miller. When Chris couldn’t do a scene, the filmmakers used a full-sized mechanical dog. They used another dog with a mechanical head for facial expressions.

Golden Retriever, Buddy, was a stray dog before he hit it big. His owner, Kevin, trained him to play all kinds of sports. He first appeared on “America’s Funniest Home Videos” then hit it even bigger dunking basketballs on the Late Show with David Letterman. Buddy even played Comet, the family pup on “Full House.”

You can’t have famous dog facts without talking about Marley. There were numerous yellow Labradors that played the part of Marley in “Marley & Me.”
They did all kinds of fun things to get the dogs to do what they needed for each scene. In one scene they put baby food in a diaper to entice the dog to steal it. 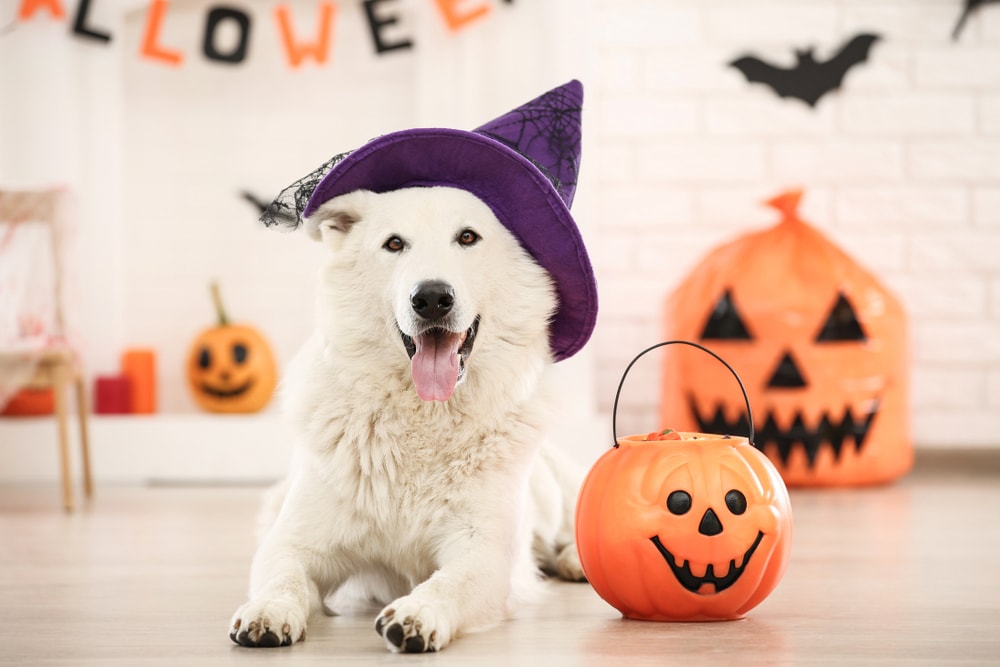 Don’t you wish you could smell happiness? Your dog’s smell is about 100,000 times better than any human’s sense of smell. Dogs can actually smell fear. The dogs also notice a human start to sweat when they’re fearful.

Human hearing ranges between 20 hertz and 20 kilohertz. Dogs can hear things starting at 64 hertz. Not only can they hear much higher-pitched noises, but they can also hear further distances than the human ear. This is why some people believe dogs can hear the footprint of a ghost. There could be a rational explanation for why dogs ears perk up in scary places, or it could mean you’re in the same room with a ghost.

A dog’s sense of sight is much sharper than human sight. Maybe they see things we just cannot see, or maybe they see spooky things. They will focus on an object that humans cannot see. Some wonder if they see spirits or ghostly apparitions that aren’t apparent to the human eye.

They can sense natural disasters.

Some dogs can pick up on natural disasters before humans. Have you ever noticed animals acting strangely before a storm or an earthquake? They can sometimes hear seismic activities like the underground breaking of rocks or grinding. They can smell environmental changes. Sometimes dogs will act restless, start barking or howling. These things usually happen minutes leading up to a natural disaster.

They can feel a presence the human eye cannot see.

It may creep you out when a dog is afraid of a random area. If they act strange in one area of your house you might be on alert. The logical explanation is that something traumatic happened to the dog in that area so they’re holding on to that memory. The creepy dog facts explanation may be that they’re sensing a spirit or a feeling that isn’t present for a human.