Leaving your pet behind when you fly can be depressing. Luckily, American Airlines offers its ticketed passengers several options for traveling with their pets, regardless of the challenges. The Airline makes sure to set some policies and rules to ensure that your pets’ safety and health isn’t compromised.

The guidelines set by American Airlines also guarantee your pet comfort. But for you to be allowed on board with your favorite pet, you have to follow the rules to the letter.

But before we get to these guidelines, let’s explore a little about this airline. For starters, American Airlines is a renowned airline, whose headquarters are in Fort Worth, TX. The Airline serves both international and domestic networks, including North and South America, Europe, The Caribbean, Canada, and Asia.

There are several American Airlines pet transport rules. All of which are aimed at promoting the health and safety of your pet. Here is a list of the main transport rules. 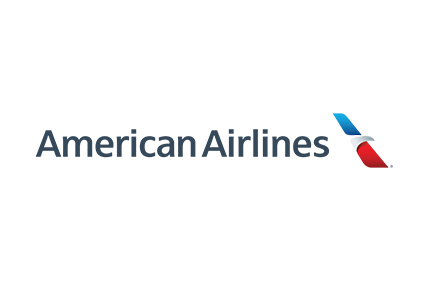 One of the options for you to transport your cat or dog is the pets in the cabin: American Airlines policy. If your pet meets the stipulated guidelines, then you will have to come with a pet carrier. Keep in mind that there are specific pet carriers approved for in-cabin pet travel.

Your carrier needs to have a maximum size of 19 x 13 x 9 inches. It should also have adequate room for your pet to not only stand but also turn around. And it has to be properly ventilated for your pet’s safety. An ideal airline pet carrier should also fasten securely.

According to the American Airlines policy, the only animals allowed in the cabin are cats and dogs. Particularly, small dogs, like Maltese Poodle’s for example.  Unfortunately, if you have a large dog such as a rare blue nose pitbull, you are out of luck.

Besides, your cat or dog has to be at least 8 weeks old to be allowed to travel in-cabin.

The pets in the cabin: American Airlines Policy restricts one pet per passenger, with the exception of a mother dog or cat with litter that hasn’t reached weaning.

However, you can also carry two pets in one carrier provided they are of the same species and size. But the carrier has to have adequate room for both pets. And the weight of the pets and the carrier should not exceed 20 pounds.

The airline restricts birds in the cabin.

American Airlines also transports pets in-cabin to and from most destinations in the U.S. apart from Hawaii. You can also carry your pet to Central America, Mexico, Canada, Puerto Rico, St. Croix, Alaska, and St. Thomas. But the flights can’t be longer than 12 hours.

However, the airline restricts the transportation of pets in-cabin on Trans-Pacific and Trans-Atlantic flights. But the airline allows service dogs to travel in-cabin to the U.K. and Ireland.

American Airlines does not require you to produce a health certificate for transporting pets in the cabin. However, it’s recommended you conduct adequate research because your destination state may require this certification.

The airline also considers your pet carrier as carry-on luggage. Therefore, you’ll be required to check in at the passenger counter.

The cost of pets on American Airlines varies with destination and where your pet is carried. For transporting pets in the cabin, the airline charges $125 per kennel.

And that is for destinations within and between the U.S. and Canada, the Caribbean, Mexico, Colombia, and Central America.

However, if your pet is a service animal, then you will not get charged a dime.  (Also look into ESA hotel laws if you are traveling to a hotel.)

American Airlines recommends that you set up a credit account if your travel with your pets more than once every month.

If you are an active military member, you and your dependents will get a 50% discount off the normal rates for transporting pets to domestic destinations.

However, the airline requires you to produce proper military identification to enjoy this discount.

If your pet is too big to fin in-cabin, then American Airlines has a policy for transporting your pet in the baggage compartment.

Usually, pets in the baggage compartment: American Airlines policy allows you to transport cats and large dogs. Every passenger is allowed a maximum of two pets for checked baggage. And the policy stipulates that the flight should not be longer than 12 hours.

The Airline’s policy also requires that the cats and dogs be at least 8 weeks old.

Unlike in-cabin travel, the checked baggage policy demands your pets to have a health certificate. The certificate must be issued within 10 days of travel, and it should be valid for 60 days.

As per the Airline’s pets in the baggage compartment policy, you’re supposed to check in your pet early for convenience. But it should not be more than 4 hours to your flight. You will pay the pet’s transport fee during check-in.

The maximum airline pet carrier size for checked baggage is 40 x 27 x 30 inches to ensure it fits through the cargo door. Additionally, it has to be leak-proof, and it should hold your pet(s) in position.

Two pets can also share a carrier as long as they are of the same species, and the combined weight does not exceed 20 pounds.

If you’re transporting your pet to Hawaii in the baggage compartment, then the aircraft has to travel through Honolulu.

American Airlines also restrict certain aircrafts from carrying pets in the baggage compartment. They include: A319, A320, A321, A321H, A321S, as well as Air Wisconsin-operated flights.