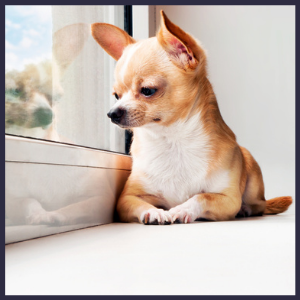 These furry little pups are energetic, smart, and if you care for them and love them very much, they will live for as long as 12 years, which is a ripe old age for a small dog like this one. These dogs are affectionate and incredibly playful in their own way, and they’re quite adorable to say the least.

The Chipin is a dog that is a mixed breed, so it has parents that are from two very different breeds of dogs that include the Chihuahua and the Miniature Pinscher. In some cases, either of the parents could also be a mixed breed as well, which means the dog would be a descendent of multiple breed lines.

As far as the Chipin is concerned, its parents are both well-known domestic breeds. They have been around for many years throughout history, which means they could be around for thousands of years at this point. This is a great mixed breed dog and I’ll share some valuable information about these breeds:

This dog has a few different names including MinPin and Zwergpinscher. It’s a small dog breed that is originally bred to act as a watchdog in Germany. They’re parts of different families of dogs including Italian Greyhounds, German Pinchers, and Dachshunds. These miniature dogs are part of the Toy Group and they’re also part of the Companion Group of dog types. They have a playful attitude and a positive demeanor, which is why they fit well in both of these groups.

These little dogs are extremely brave, and they’re a joy to have around because they’re playful and rambunctious and they’re so cute and cuddly that everybody is bound to laugh when they’re in their presence. One of the Chipin’s traits that they picked up from the Miniature Pinscher is that they love showing people affection and they’re always in need of attention, which is really sweet if you love these little dogs.

These little guys can also be really stubborn. They will sneak out of your backyard when you aren’t looking and they have a tendency to get into trouble from time to time.  Males will grow anywhere from 10 to 12 inches and females will grow 10 to 11 inches.

This gorgeous little pup is incredibly popular as far as pets are concerned. It’s very easy to fall in love with a Chihuahua. Right? You have to answer yes to this question or you might not have a heart! As far as size goes, Chihuahuas are extremely small at 5.9 to 9.1 inches in height. These dogs are named after Chihuahua, the state in Mexico.

The Chihuahua is such a tiny dog that it has a hard time trusting people and it often snaps at them. They’re also loving, attentive, vigilant, and courageous which makes them a great pet. The estimated lifespan of a Chihuahua is anywhere from 12-20 years. Their fur length can come in at a variety of lengths depending upon the dog’s head shape, color, and overall appearance.

Some people look at the Chihuahua and think it’s much too brave for its tiny stature and size. But this little guy is an exception to the rule because its bravery definitely helps it live an exciting and happy life. The Chipin is different than the Chihuahua because it isn’t an angry or aggressive dog and it doesn’t possess any unfriendly traits. On the other hand, no one should be surprised that Chihuahuas are one of the happiest and nicest little creatures on the planet.

The Appearance of the Chipin

Because of the combined genetics from its mom and dad,  a Chipin can grow anywhere from 8-12 inches and the dog weighs an average of 5-18 pounds throughout their growth cycle.  Their appearance is made up of very smooth fur that could be anywhere from short to medium in length. These little dogs are so cute and cuddly that you’ll want to eat them up!

Would you love seeing a Chipin running around your house and playing and nibbling on the corners of your furniture? I bet you’d love it. I know I would love it too!

The Personality of the Chipin 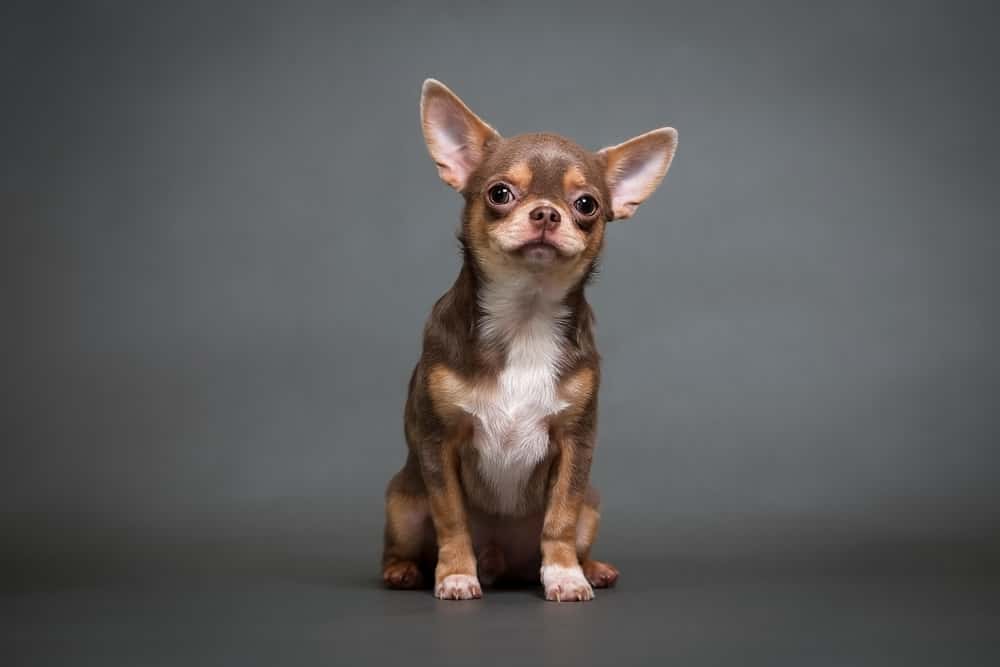 The Chipin is very responsive to touch and it’s also a really sensitive dog. If this dog is sitting on your lap, it will have no problem staying there and taking it easy and it will also show you it’s full attention. Because their hair is relatively short, you will not have to brush them every week but you should brush your Chipin at least twice per month. Even better for many people, this dog doesn’t usually have a tendency to bark, it doesn’t have a grumpy nature, and it likes to spend time quietly playing which many people feel is a great characteristic and quality to have in a small dog.

The other great thing about the Chipin is you’ll love having one in your home because it will immediately become a big part of the family. These dogs absolutely fall head over heels in love with kids and they’re even really friendly with other dogs and enjoy playing with them. So you can have your Chipin interact with other dogs without any problem because they’re friendly, outgoing, and like to be around other canines as well. And since it’s a small dog, it’s a great pup to own whether you live in a house or an apartment because they don’t take up too much space and they don’t need a great deal of space either.

They like going outside as often as they possibly can because they love to run around, play, and exhaust themselves as they put themselves to sleep. Be careful though because these dogs have a roving eye and like to wander off from time to time. So you need to pay attention and look out for them and make sure they stay close whenever you plan to take your little dog outside with you.

The Chipin is certainly trainable, but it likes to spend its time playing so you may have a difficult time training yours. As long as the training is fun and exciting, your dog will not get bored and you’ll have a much easier time training him or her because it will be excited and find the training enjoyable.

These little guys can really eat too, so you have to be careful because your dog can get fat. But if you take it out for exercise and allow it to run around, your Chipin will not gain excess weight. And since it is such a small dog, it will shiver outside in the cold. So you should bundle it up and cuddle with your dog to help it stay warm during the cold winter months.

Since the Chipin has a short coat, it can easily tolerate the heat. And regular visits to the veterinarian are necessary to make sure your little pup remains comfortable, healthy, and in excellent condition.

Even more important, taking regular trips to the vet will help your dog avoid the following conditions that include:

These are common conditions amongst all breeds of dogs. But regular checkups will help prevent unwanted health problems.

How Much Will a Chipin Puppy Cost (Expenses Included)?

The majority of the mixed breed designer dogs usually cost a pretty penny and it costs money to maintain their health and well-being as well. Some of these breeds are more common nowadays although health treatments are a bit more expensive.  The Chipin puppies aren’t too expensive and typically cost roughly $150-$600.

As far as expenses go, an initial check up with deworming and shots should cost around $250-$300. On average, medical bills will cost roughly $450-$550 per year. And this dog doesn’t have any major risks for serious health problems which is a definite plus. The other expenses like toys, accessories, treats, and food cost about $350-$500 per year.

This dog is easy to maintain, affordable, neat and tidy, and easy to groom. It’s a lot less trouble and less expensive than many other dog breeds.

The Chipin is a great family dog and it will make an excellent member of your household. It loves kids, loves being around other dogs, it’s small so it doesn’t need a lot of space, has a great attitude, is affectionate and loving, and it’s an all-around excellent choice.

This dog is easily amused, energetic, and enjoys the company of other people, and connects with everyone very quickly. Plus it loves to protect its owners and owners love spending time with their Chipin.