Are you about to name your new dog? Choosing cartoon dog names is always a lot of fun. It’s the playful and nostalgic choice and your kids will absolutely love naming your pup after one of his or her favorite cartoon characters.

Or maybe you’re an adult looking to name your new pooch after a cartoon dog from the past. Either way, these names are inspiring, exciting, and these great cartoon animals bring back lots of wonderful memories. It’s definitely delightful to name your dog after a famous cartoon pooch!

In today’s post, we are going to focus on looking at the popular dogs from years past through history.  Some very popular cartoon dogs were created in the 1930s and they are named Pluto and Goofy!  I’m sure you definitely know a lot about those amazing furballs. Let’s not forget about the more recent pup from Family Guy named Brian Griffin. He’s certainly one of the most popular pooches in recent memory.

Are you ready to take a trip into cartoon history’s past? Enjoy the ride my friends! 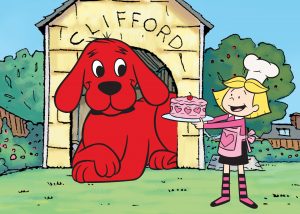 This children’s book character became incredibly popular over the years. So much so that they ended up giving him his own TV shows and movies. Although he’s a gigantic red dog, he’s also one of the most lovable, loyal, and incredibly friendly pups you’ll ever see on the big or small screen.

Emily Elizabeth owns Clifford the big red dog and they are best friends. Are you about to buy or rescue a bigger dog? You may want to name him Clifford if you’re feeling nostalgic. 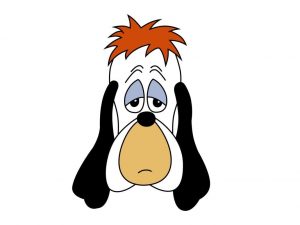 This fun cartoon dog was a big mope who talked really slow and had a bit of nasally sounding voice. He also had a very droopy face, which is why they named him Droopy Dog.

But the cool thing is he was always a lot smarter than his adversaries even though his attitude was low-key. As a matter of fact, it didn’t matter how big of an adversary he had because he always managed to give them a good whipping no matter the circumstance.

This pup is a more recent famous cartoon dog when he first made his appearance on The Simpsons in 1989. He was Bart Simpson’s dog and a Greyhound that they rescued from an unhappy life at the dog track. Many of Santa’s Little Helper’s episodes were heartfelt, funny, and always enjoyable. 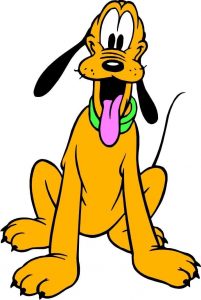 This furry little guy goes all way back to the 1930s when he was originally created as one of the first Disney characters. It’s Mickey’s dog and unlike Goofy who has many human characteristics, Pluto is a pet that any of us would be happy to own. 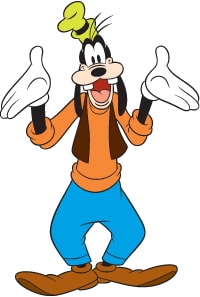 And speaking of famous cartoon Disney dogs, Goofy is a famous and fun choice to name your favorite pet. He was tall and lanky and has human characteristics. He’s also a barrel of laughs and likes to hang out with Donald, Mickey, Minnie, and the other members of the gang. Even more interesting, Goofy ended up getting his own show called Goof Troop many years after he first appeared in Disney cartoons. 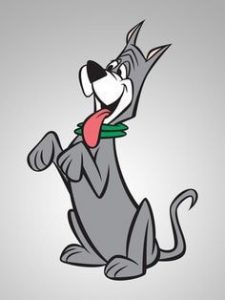 This friendly dog is a big fan favorite from The Jetsons, a classic cartoon from Hanna-Barbera dating all the way back to 1962. The Jetson clan includes Elroy, Jane, Judy, and George, who all love their faithful and loyal pup. Even though he likes to use the letter R excessively, this amazing cartoon pet definitely has a great name and it’s an excellent choice to name your dog. 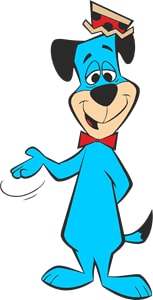 Huckleberry Hound had his own show and he was another one of Hanna-Barbera’s finest cartoon canines. He spoke with a southern drawl and was kindhearted, calm, and an absolute sweetheart.

You can’t have a complete list of cartoon dog names without adding Scooby Doo to the mix! Not only was he the star of the show, but he rode around in the Mystery Machine and solved cases with his good friends Shaggy, Daphne, Velma, and Fred. 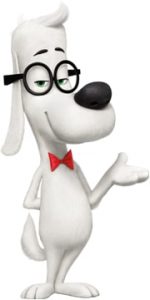 This cartoon canine was incredibly smart. In fact, he is the smartest dog to ever live and he has accomplished so many great things. Believe it or not, at different times he was an Olympic gold medalist, a Nobel laureate, an inventor, a scientist, and a successful entrepreneur. He gets lonely and eventually adopts a human being to keep as a pet. 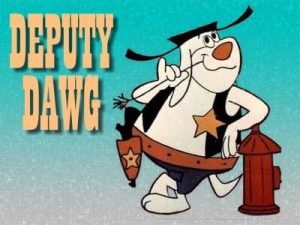 This animated cartoon pup had his own series that many young kids loved to watch. On the show, he acted as a sheriff and always found himself in many crazy situations with local members of his community. Besides that, he always tried to please the sheriff to boot. 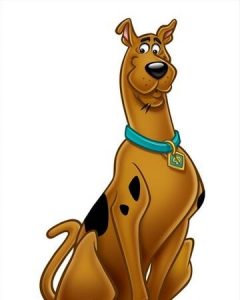 This bighearted beagle from The Peanuts is Charlie Brown’s pet dog and one of the most adorable characters to watch on TV or read about in the cartoons. Snoopy loved adventure. In fact, he liked to turn his doghouse into an airplane in his imagination so he could use it to fight the Red Baron. 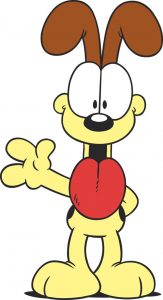 Odie is Garfield’s little brother and best friend. He’s also extremely energetic, a little on the slow side, but also incredibly kindhearted. Odie is a great dog name and one you should definitely consider for your new furry pup. 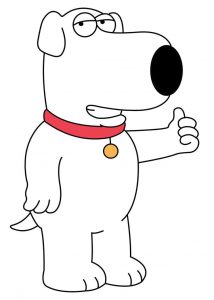 More recently, Brian Griffin is the lovable and troublesome family pet of the Griffins on Family Guy. He’s a talking dog, walks like a human being, and is definitely looked upon as one of the family members. He’s the most levelheaded and rational of the bunch and he’s definitely a fun cartoon character to watch. 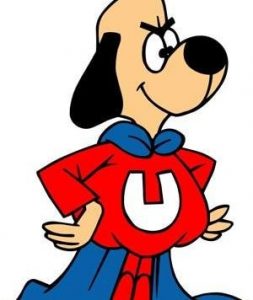 This superhero dog is normally known as Shoeshine Boy until he gets angered, and then the mild-mannered and humbled pup transforms into Underdog. He has many wonderful catchphrases and he’s an interesting pooch to name your dog after. 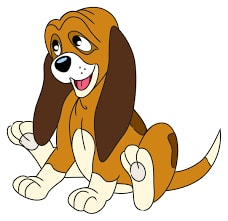 The animated movie the Fox and the Hound came out in 1981 and it introduced us to the fun-loving comedic pup named Copper. This young hound befriends the cartoon Fox name Tod. They both grow old together and come to grips with the fact that they’re on opposite sides during hunting season. 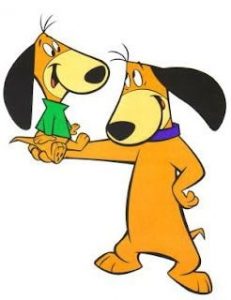 As a member of The Quick Draw McGraw Show, Augie Doggie melted his way into our hearts before eventually getting his own segment on the series. He’s an ambitious and highly rambunctious dog who’s always trying to make his father Daddy Doggy happy.

Porkchop–this pooch was in the cartoon series Doug

Snuffles – he is a fan favorite from Rick and Morty

Gromit – this dog needs no introduction from the Wallace & Gromit show

Ladybird – named after former first lady Lady Bird Johnson, she was the family dog in King of the Hill

Spike – he is the dog from the Rugrats

Muttley – remember the Wacky Races? Dick Dastardly owned this dog and I really loved his laugh because it was more of a snicker

Lucky – let’s not forget about Lucky! He is the leader of the Pound Puppies