Doggy Dan Is A Solid Training Program That Delivers Results 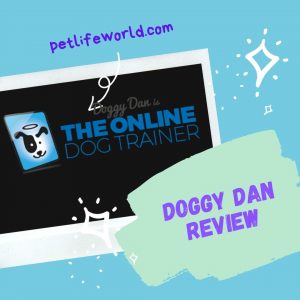 There are a lot of different online training programs for dogs. In fact, there are several hundred of them. Some are good. Some aren’t so good. Some are even very hazardous for your dog.

What About Doggy Dan’s Training Program?

It’s popular. It’s selling on the Internet. How good is it?

Doggy Dan’s site is very easy to use. It has a good, natural flow that goes easily from one thing to another. It’s also easy to leap right to anything that’s of interest.

All Right, But What About The Price?

There is a $1.00 trial that lets you use it for three days and see how well you like it. Once you decide that you like it, you’ll get billed $37.00 per month.

Their customer support is speedy. It’s easy to use as well.

What Is Doggy Dan’s Training Philosophy?

The pack, and particularly the wolf pack, is what Doggy Dan’s Training Philosophy is based upon. This is also known as “dog whispering”. Some call it “alpha training.”

Doggy Dan’s training is very well-balanced. It combines correction training with some methods that don’t entail forcing a dog.

It starts with techniques that are positive. If those techniques don’t work, what are considered “corrective techniques” get involved.

Once you get into the members’ area, you get told how to make yourself your dog’s “pack leader.” This is the heart of the program. The idea here is that you often get reminded that you are in charge. You’re the General. Your dog ranks lower. Your dog is more like a Private.

When the dog is watching, owners need to do what is called “gesture eating.”  This tells your dog that you are of a higher rank. Basically, this means that you eat before your dog eats. The idea here is that the leader eats before the others in the pack eat. A part of this step involves removing the dog’s food within one second if the dog doesn’t begin to eat immediately. This reminds the dog that you’re in command there.

Owners Should Ignore The Dog After They’ve Been Apart From The Dog For A While.

The idea here is to make no eye contact. Don’t touch the dog. Don’t respond to that happily wagging tail either.

What Are Doggy Dan’s Everyday Tools And Techniques?

Doggy Dan’s everyday tools and techniques are based on science. These techniques don’t entail forcing your dog to do anything. Stopping, starting, and then changing direction is one technique. Using both long lines and short lines is done here. The “freeze” is also used.

Dogs are social animals. Putting them in isolation is the same as punishing them. Kids get time-outs when they misbehave. This lets them think about what they did. The same principal is involved here. If your dog keeps repeating the same behavior and you want him or her to stop doing that, you can put the dog in isolation without stimuli. Think of it as solitary confinement. This won’t be fun for the dog, but it works.

What is “Project Moses?”

Doggy Dan’s own dog is Moses. Doggy Dan got him when he was 8 weeks old. He started documenting a lot of things when he got Moses.

One of the things he documented was Moses’ first car ride. He also documented what was done about other things, including potty-training.

What About Training Puppies?

Doggy Dan has reserved an entire section for training puppies. It’s target audience are owners that are new to training puppies. This is actually a good place to begin. You should go through it even before you get to the section called “Project Moses.”

“Puppy Training” escorts a puppy’s owner all the way from the introduction to command training.  It deals with such subjects as how to introduce your puppy to that outside world. It talks about bad behavior traits. It details what they are for a puppy. It tells owners how to deal with them.

What About Adult Dogs?

Obviously, adult dogs have problems, too. Some owners didn’t get their dogs until the dog was already an adult. Perhaps they got the dog from a shelter. Sometimes the owner’s dog comes out of an abusive background.

Is it too late for those dogs and their owners? Certainly not! Bad behavior in adult dogs can be changed. This section discusses the usual issues such as what should be done when a dog pulls on its leash. It shows how to handle dogs that suffer from separation anxiety. It discusses hyperactive dogs. It deals with adult dogs that are loaded with fears.

The training and advice that is given by Doggy Dan is based on science.

How About That Dog Training Section?

This is a section where Doggy Dan gets into details. You can refer to him as “Detail-Diving Doggy Dan” here.

There’s also a section that deals with how to teach your dog to swim.

Doggy Dan also addresses the subject of safety in regards to dogs and their human families.

This site has a forum wherein owners can ask questions. This means that the answers come straight from Doggy Dan himself. This is a wonderful feature!

There are a lot of videos on this site. These videos are short. They are all followed by a written portion that covers important points.

What is Doggy Dan’s Background?

He lived in the UK in the 1970s. He was surrounded by dogs when he lived there.

He graduated from the “University Of Birmingham” in the UK with a “Civil Engineering” degree.

He worked several jobs. He was once a Policeman in Britain. He also taught math. He also became a member of the corporate IT structure.

He eventually moved to New Zealand. He settled in Auckland with his wife, Jenny.

“Yes,” you may ask, “But What Is Doggy Dan’s Background As It Applies To Dogs?” His first dog entered his life after he got married. The dog’s name was Peanut. Friends and Neighbors considered Peanut to be a very well-behaved dog.

Doggy Dan left the corporate world in 2008. He started Doggy Dan at that time. His work became so successful that he even flew overseas to work with dogs.  The ever-increasing demand caused him to set up the online dog training.

Doggy Dan interacts with his members. That’s quite important. He answers their questions in the online Forum himself.

Doggy Dan also addresses things that other programs tend to stay away from.

In short, Doggy Dan is a great training program with solid benefits.