Share0
Tweet0
Share0
Share0
Tweet0
Share0
Have you ever wondered about the result of mixing a Chihuahua and Pomeranian? Well, others have bred these two dogs and the result was a Pomchi! They are little dogs, as you can imagine, and they are so tiny and cute that you’ll have no trouble falling in love with them almost instantly.

Do you plan on eventually adopting a Pomchi? You’re in the right place if this is your ultimate goal. We will share lots of information about this dog’s characteristics, temperament, and breed-specific info. And before we’re through, we’ll also tell you how to care for this amazing little pup!

The Pomchi: What Is It? 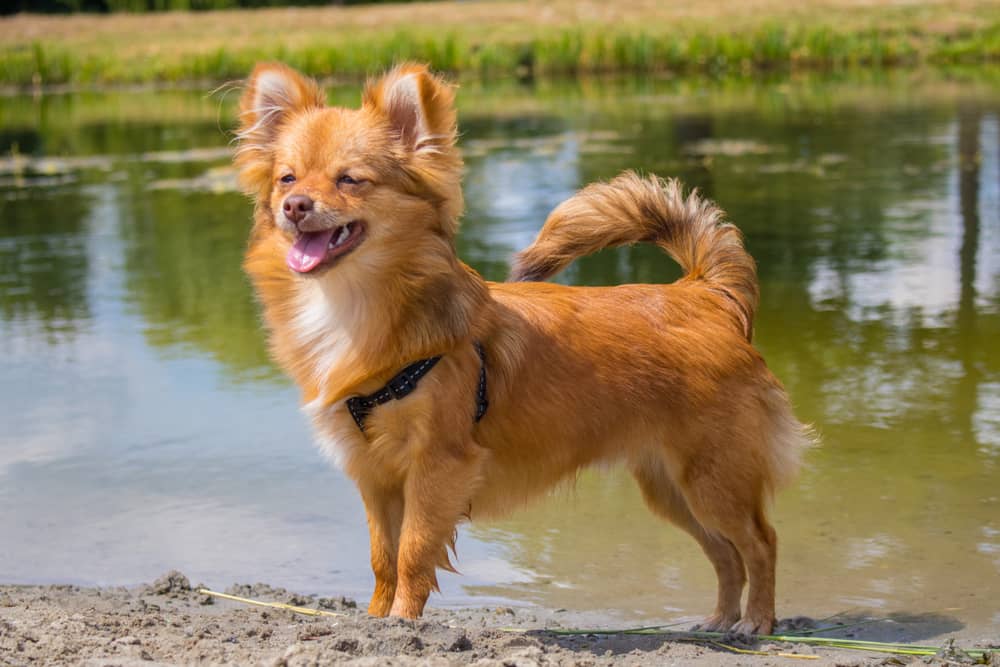 As mentioned,  this breed is a mix between the Chihuahua and Pomeranian dogs.  The ultimate result is a bundle of energy with plenty of personality all rolled into one tiny dog. They have many other names as well. Some of their other monikers include Pomachi, Chiapom, Pomahuahaua, Chimeranian, and Chiranian. What a mouthful!

This designer dog breed was created because the rich and famous wanted more cute tiny dogs to tow around with them wherever they go. And because the rich and famous wanted them, regular people also wanted these little breeds as you can imagine so they are now extremely popular in the United States. This particular breed has been around for about 30 years.

Breed enthusiasts want to create this animal as a Pomchi hybrid line, with the unique distinction of the purebred designation on canine registries. They’re determined to do this with the seventh generation of the animal.

It’s important to know that each puppy and dog in this hybrid breed has its own individual characteristics.  They seem very similar to their parents, because they have many of the same qualities, but they often have different physical traits and personalities as well. The puppy might have traits from either bloodline, and puppies within the same litter could look very different from one another and have different behavior as well.

With that said, you should also remember that these beautiful little dogs deserve to be cared for and loved by loving parents and families that want to adopt them and keep them healthy and strong. We all deserve this type of treatment, and these precious little ones want to be a companion of yours for many years.

Mixing two dog breeds can lead to a wide range of surprises, which is good. It’s also wise to find out about the parent breeds first before adopting a puppy of the mixed breed.

If you go to a shelter, you may not have the opportunity to see and learn about the parents. But if you choose a dog breeder to buy one from, you should ask to take a look at the parents. You’ll find out their temperament, their reaction to you, and more. Looking at a puppy’s littermates is also good as well if the opportunity arises. 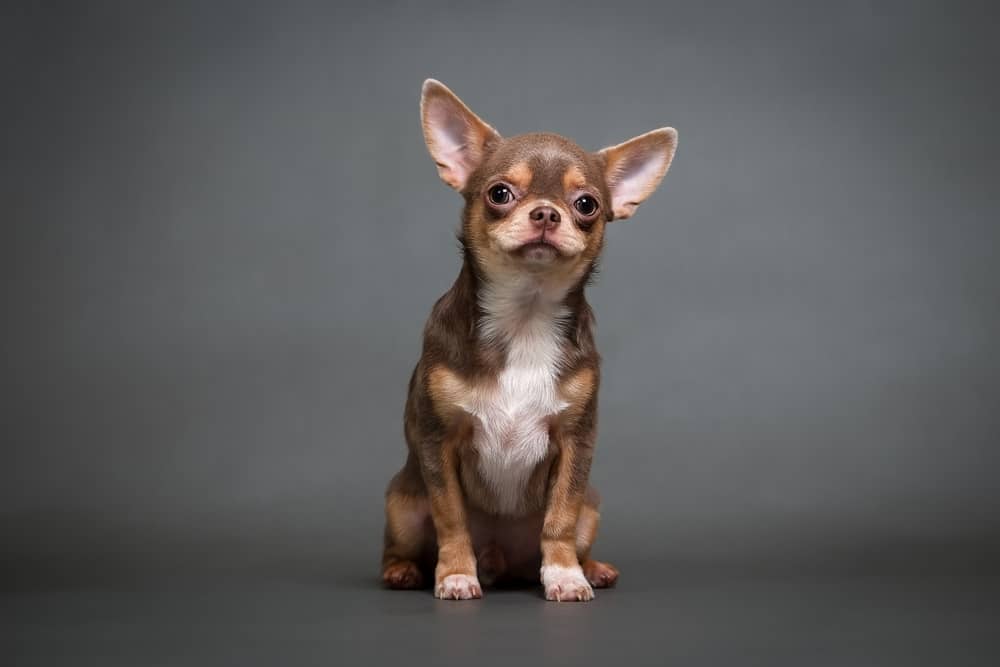 This breed of dog has been around for many years.  They date all the way back to 100 A.D. in Mexico.  During this point in time, dogs were used to help treat the sick and acted the same as hot water bottles do today. Meaning, a dog was given to a person in order to help them remain warm. You can’t actually turn a Chihuahua into a hot water bottle!

This breed of dog was officially designated a real breed in 1850s and it received its name from Chihuahua, the Mexican state.  They were also first transported to the United States in the 1800s. These tough little dogs are brave, confident, and alert to potential trouble. There are a lot like terriers in this regard. 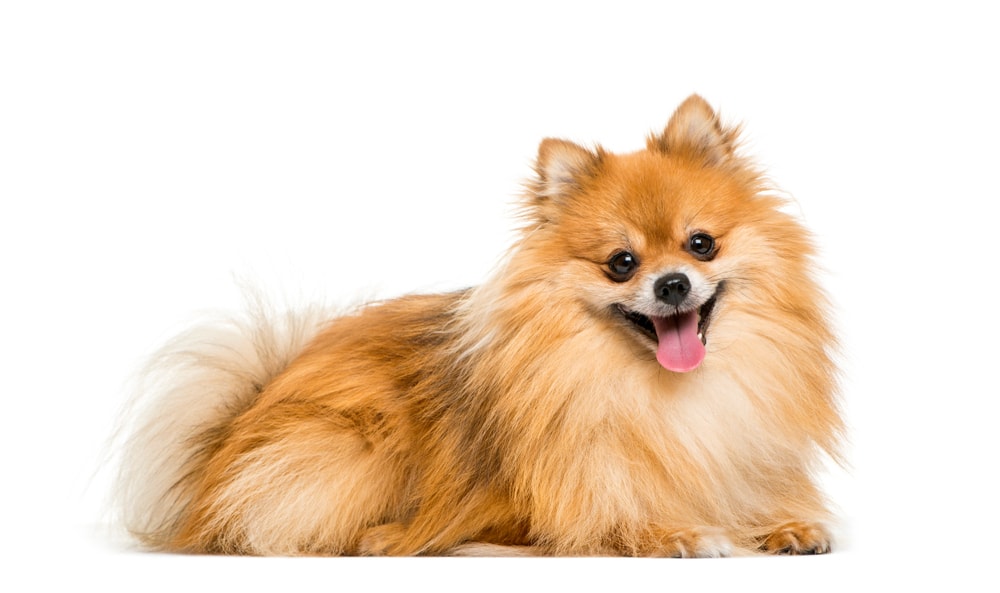 German Spitz is where Poms or Pomeranians come from.  In Germany, there was an area known as Pomerania, and these dogs worked in the area and that’s what they were named after. It’s now officially an area that is designated as part of Poland and Germany.

Back in the day, these dogs were a lot larger and they were specifically designated as animals that would herd cattle. As time progressed forward, the breeders selectively chose to make these dogs much smaller. By the end of the 1800s, these dogs were about half the size that they were originally and became companion dogs instead of herding dogs.

Even better, these dogs love going outside and they enjoy lots of social activities and being around people.

The Pure Facts about the Pomchi

As a hybrid mix of the Chihuahua and Pomeranian, this is a very small dog to say the least. They are companion dogs and tend to live anywhere from 12 to 15 years.

These dogs make excellent companions for families, adults, and people young and old. Since they are such a small breed, you’ll have no problem living comfortably within a city or an apartment building.

The average height of the Pomchi is between 6 inches to 9 inches and their weight ranges between 5 to 12 pounds. As far as the color of these dogs is concerned, it typically ranges in a wide variety that include:

Another aspect of their fur is that it can range as dense, short, long, single coat, or double coat. The good thing is that this type of dog doesn’t shed that much, but when they do shed it takes place during the fall and spring.

Taking care of their coats requires daily brushing. These dogs do not like it when their fur gets matted or tangled, so pay close attention and brush their fur smooth on a daily basis.

Their skin is also sensitive, so when you do brush your dog make sure you use a brush with soft bristles. Never use an irritating metal brush in any circumstance because it will really upset the dog.

The Pomchi is also susceptible to skin allergies. So, when you give it a bath make sure you clean it using mild types of shampoo. Similar to other dogs, make sure to clip its nails every three months to keep them trim. You might want to trim their hair every so often, and this is especially true if yours has long hair.

Regularly brushing its teeth is also a good idea to prevent dental issues.  It’s recommended that you use pet safe toothpaste to brush their teeth once per week.  Human toothpaste should never be used with this dog or any other breed.

The Temperament of the Pomchi

This dog has a really big personality, and discovering its overall temperament can be a mystery because every puppy is different. It all depends on your dog.

In some cases, the Chihuahua personality will dominate. In other instances, the Pomeranian side will control the dog’s temperament. Breeding doesn’t have this down to an exact science. That’s why many of the puppies born in the same litter may appear and act very differently from one another.

The Chihuahua side produces lively and energetic dogs that are very alert. They are often nervous and even aggressive. They tend to bite, act aggressive toward people, and they also bark a lot. Each one has its own individual personality traits though. Some Chihuahuas are quiet, well mannered, and complacent too.

On the flipside, Pomeranians are fun-loving, smart, and curious dogs. They are typically friendly and obedient as well.

Separation anxiety is often a problem with Pomeranians. If they’re left at home too long by themselves, they often cry and bark a lot.

Additionally, the Pomeranian can get really stressed which might lead to defecating, urinating, digging, chewing, barking, and scratching when it shouldn’t.

Overall, is the Pomchi a good family dog? Yes, it is. But if the home doesn’t have young children this is likely a good thing.  These small dogs tend to get hurt by accident when young kids are around.

Remember, you should not keep these dogs by themselves for too long. So, if that’s going to be a problem, it might be best to avoid adopting one. If they spend too much time alone the dog will suffer.

Final note: keep the dog inside because small dogs do not handle weather changes very well. This is true for the Pomchi as well as other small dogs. Cold-weather may require a doggie coat to keep it warm. And they definitely like air-conditioning too when it’s really hot outside.

The Health of the Pomchi

This little guy is going to be susceptible to the same illnesses as Pomeranians and Chihuahuas. But if your dog was bred healthy, it will likely remain that way.

Even so, the Pomchi can potentially suffer from the following issues:

Caring for a Pomchi

Caring for this dog doesn’t have to be mind-numbingly difficult. In fact, there are a few things that you can do to help keep your dog healthy and in great spirits.

Do you intend to adopt a puppy from this breed? Or are you trying to discover the right breeder? It’s possible to find this puppy, but you’ll likely need to get one through a reputable breeder which you’ll need to discover first.

Stay far away from pet shops and puppy mills.  The puppies may look great in the pet shop, but they were most likely originally taken from a puppy mill.  The dogs from puppy mills aren’t socialized and they’re typically inbred. And many of these dogs do not receive proper care. They tend to have more genetic health problems at higher rates as well.

Alternatively, finding a puppy that you get from a reputable breeder means adopting a socialized, healthy, and happy pup. If finding a breeder in your area is difficult, call the veterinarian’s office and ask them for a recommendation.

Or do what you should’ve done in the first place and check in with friends, family members, and coworkers for a recommendation.

After finding your breeder, visit their home, ask them plenty of questions, look at the parents, and look at the litter.

You should even take a look at their kennels. Make sure theirkennels are clean, with plenty of water and food, and the dogs are being properly cared for.

Also request a health certificate to make sure genetic health issues with the puppy and the parents aren’t going to be a problem.

These small dogs have big personalities! And sometimes they are very temperamental. But they’re also great companions. You’ll love having a Pomchi at your side each and every day.